“I’m just wandering around the world, seeing one wonder at a time.”

How’d I end up in Mexico. Welp, I was a plus one for a wedding of people I did not know…… Again lol. I’m perfectly fine with that. Might even just make it a business and just be a Professional Plus One at this point (I’m only half joking. I could totally see myself making a questionnaire and everything to learn more about the person I’m attending the event with, possible itinerary, etc..  lol).

We stayed at the Hard Rock Hotel Riviera Maya. Split between a family friendly side and an adult side ,where the spa, gym, and salon was located, this resort gave an amazing all inclusive experience for 5 days and 4 nights. The special limitless all-inclusive deal gave us a room credit of $1500 (based on the number of nights we stayed) and the opportunity to enjoy spa treatments, excursions, and special dining options. We just had to pay 20% of the retail price of whatever we chose. So we were able to get amazing massages (the best massage ever!!!), enjoy the hot tub and sauna, and tour Chichen Itza for around $125.

Unlike my trip to Jamaica, I didn’t meet a Mexico bae lol. Honestly I wasn’t trying to. I was just happy to be on vacation. Enjoying the amazing weather. Drinking and eating whatever and whenever I wanted. And of course, crossing things off my bucket list. Low key, I fell asleep early 2 of the nights. Like in my clothes ready to go out and didn’t even make it out lol smh. Don’t judge me. Vacation is doing what you want, and I guess my body wanted more sleep. But along with all the rest, rejuvenation, and sharing in the moment of  black love, I had so much fun and learned so much!

Touring Chitchen Itza was my main inspiration for going. How could I pass up this amazing opportunity to see one of the new wonders of the world. It was truly fascinating learning the History that was never taught to me, outside of what I already “knew” (They were conquered. They were enslaved. They were striped of their cultural and religious beliefs. Forced into Catholicism….). But History was NEVER my favorite, or my best subject, but I’m pretty sure in school I learned that the Mayan civilization was basically wiped out. While a huge part of the civilization did die out, the cause still remains uncertain. It can be argued that it was the result of an extremely long drought. Some say it was due to internal warfare . Whatever the reasoning, it was just a decline in population. Mayan communities are still very prevalent. Here’s a snippet of what I took from this tour.

I’m going to attempt, and probably fail, to try and explain this, but math was never my favorite or best subject either. Ok. Lines and dots were used for their numeric system ( 1 dot equals= 1 and you can only go up to 4 dots. To count 5 you draw a line. So 1 line = 5 and you can only go up to 3 lines) And instead of county by tens like we do, they count by 20s. So it goes 20, 400, 1600 etc..  I know that doesn’t makes sense but here’s a picture and If you’re really interested just google it cuz I probably butchered the explanation lol.

There are three accounts of time in the Mayan culture; The sacred calendar( Tzolkin or Bucxok, 260= 20 months combined with 13 numerals/figures), The calendar (Haaab of 365 days= 18 months= 20 day months with 5 days considered to be unlucky and not associated with a protector deity), and the long count. The calendar cycles every 52 years. I don’t know how to explain any of this lol but below is my Mayan Birth Certificate and Mayan moon Horoscope. If you’re into all that you should probably google this too. 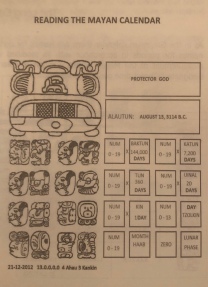 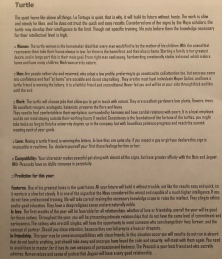 Located in the heart of Valladolid, Yucatan this is the 2nd oldest church in the country and it has endured many rebellions and wars. Originally built in 1545, it was re-oriented, resorted, and redirected to face north instead of west like the majority of the churches in the country that face towards Rome, in 1703, due to the “Crime of the Mayors.” 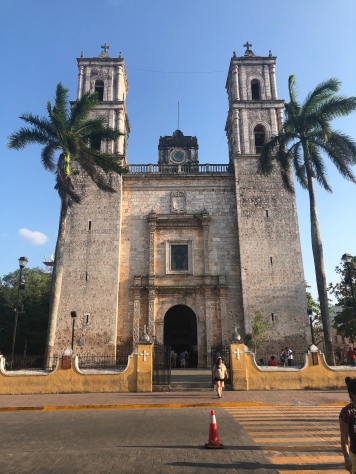 Over 800 years old, this ancient wonder of the world is a great testament to the Mayans mathematical skills. The “Temple of Kukulcan” (Temple of the Snake, symbolizing life and fertility) has 365 steps representing each day of the calendar (91 steps on each of the 4 sides), 9 platforms on the front and back of the temple representing the 18 months. In 2005, preservation became obligatory, so people could no longer go inside or climb the steps at the risk of damaging the temple. 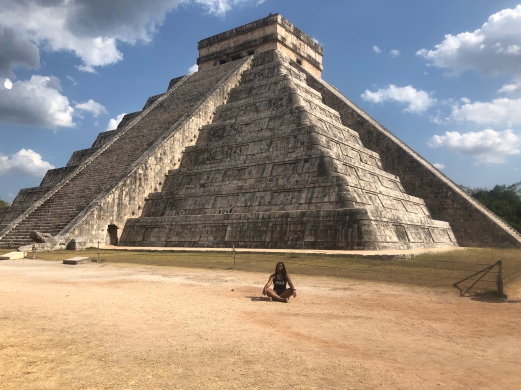 I’m sure you’ve seen this on Instagram, and this sinkhole cave is just as beautiful in person.

We watched the Disney Pixar movie Coco on the way back from the tour and I had so much more of an appreciation for the movie. I feel like it captured the culture pretty well. It was cool being able to recognize the places that we toured and learned about throughout the movie. And even though I’ve seen it already, I still got teary eyed at the end (don’t judge me). I wont spoil the movie lol but you should definitely watch it! 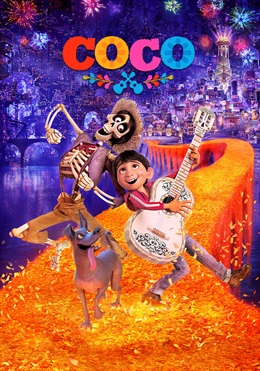 Overall Mexico was great.  Hot, but great none the less. There’s so much more I learned and experienced and want to share, but typing the words wouldn’t even do it justice (plus this is like my 4th re-write so I’m over it at this point lol). The tour guide wanted me to relay that we had a safe and fun time and to encourage people to visit. So I encourage you to visit. Do your research, but don’t get so caught up in the rumors and rhetoric that you miss out on this beautiful cultural exchange. There’s still some Mayan ruins and Cenotes I’d like to explore. And I have to visit Mexico City, so a trip back will definitely happen for me!

2 thoughts on “Mayans in Mexico”